El Dorado 12 Year Old Demerara Rum is a blend of three stills – two columns (including the world’s only wooden Coffey still) and a unique double wooden pot still. Rich amber in colour. A super attractive nose packed with aromas of sugar, honey, banana, toffee, raisin and sultanas.  Ripe, rich and balanced flavours attend with sweetness, after which the finish is delightful, elegant and dry.

The highly decorated 12 year old rum is bottled in a design which honours the flasks cast aside by Dutch sailors.

El Dorado 12 Year Old has received numerous awards including a trophy in the rum category at the 2015 International Wine & Spirit Competition.  It has also been awarded Gold medals at the Beverage Tasting Institute of Chicago and ‘Best in Class’ at the International Wine & Spirit Competition (2008, 2009, 2010, 2011, 2013 and 2014). It also featured on the ‘Top 10’ list of the New York Times, and won the award for ‘Best Rum aged over 12 Years Old’ at the 2010 Golden Rum Barrels Awards. 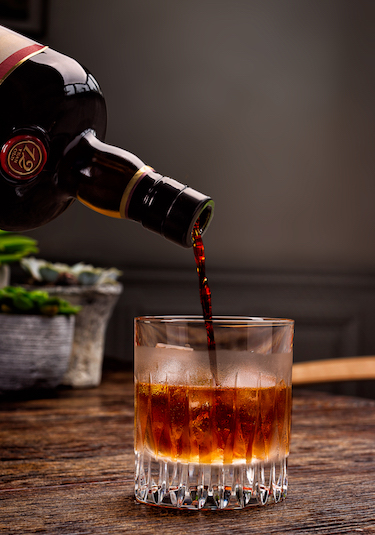 Serve straight up and savour!